Cloud Based.
Wireless and mobile ready.

Praxis EMR's template-free charting frees your mind from the confines of templates. Now, the Praxis Cloud frees your practice from the confines of your office. The Cloud lets you access Praxis from anywhere, anytime, on your favorite computer; tablet, laptop, iPhone, iPad, or any handheld device. Never maintain another server. You and your staff have 24-hour secure online access from anywhere in the world. 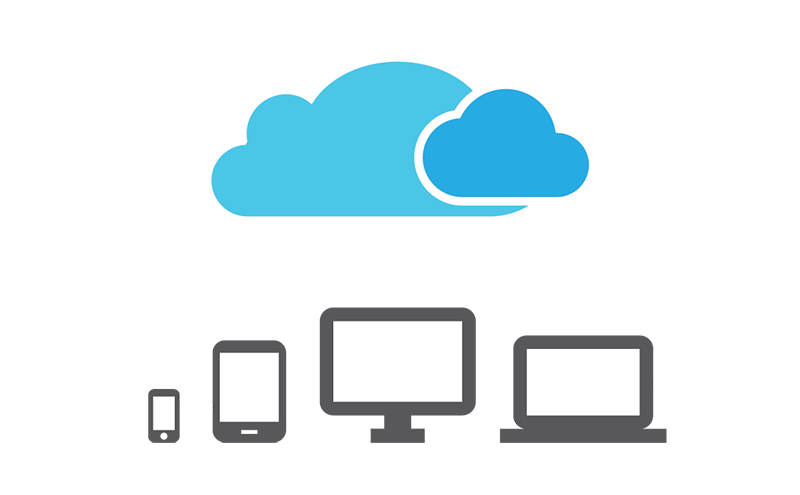 The interface is flawless and the set-up is simple. Now, the Praxis Cloud frees your practice from the confines of your office.

Remote access is technology that enables one computer to share information with another. In the present case, we are talking about using a thin client to communicate with the host. Thin clients are devices with little more than interface tools (a screen, keyboard, mouse, and speakers) and a computer especially programmed to send and receive messages from these interfaces to another computer for processing.

On setups where thin clients are served from a Terminal Server, you can experience the sensation of using the same computer as another person at the same time. Terminal servers can connect several users with a different Praxis and Oracle at the same time using the same hardware. It then sends the different streams of back-and-forth information to the correct originating computers, including thin clients like the iPad.

Praxis recommends that the Oracle Database be placed on a third server of its own.

A cloud is comprised of clusters of memory space existing in several servers (sometimes in the thousands) that time-share your use with that of many other users at the same time. These servers enable thousands of applications and thousands of users to work simultaneously. The processing speed is much higher than you can get with a single server. To illustrate, think about how YouTube makes it possible for a user to view a complex video while a million other people do the same; this gives you an idea of the amazing ability cloud servers have to transmit information.

Again, you connect through the cloud with your device via the internet (whether you use a wireless connection or a fast phone/internet connection, the result is the same). The only requirement is that you have enough bandwidth to transmit the look and feel plus keyboard/mouse inputs back and forth. Where you device is located, and where the server is located are not relevant.

THE BEST EHR FOR YOUR SPECIALTY.

Practice Medicine the way it was meant to be.